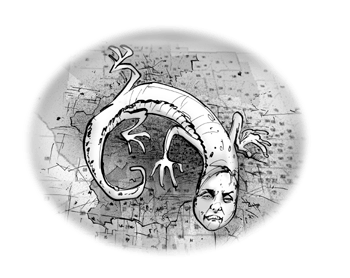 The evil ruling party, the Liberatives, are redistributing the electoral regions (ridings) in your city, and are nefariously attempting to pack certain opposition-friendly neighborhoods into as few ridings as possible. If this plan succeeds, it will be the end of democracy as we know it! As a card-carrying member of the noble, compassionate Conservals (the main opposition party), you must foil their devious plot and safeguard the future of our country.

Under the new plan, the city will be divided up into a grid of rectangles by selecting certain major streets and avenues as boundaries. All streets and avenues stretch straight across the city, and are numbered starting from the southwest corner of the city. The city is bounded by four roads: $1$st Street (west edge), $100$th Street (east edge), $1$st Avenue (south edge), $100$th Avenue (north edge). Clearly these four roads must represent district boundaries; however, only a subset of the streets and avenues in between will divide districts. The Liberatives have already been able to fix the North-South (street) boundaries; however, they have been forced to allow the Conservals to select the East-West (avenue) boundaries.

You know the location of all the opposition-friendly neighborhoods, which vote strongly Conserval. A neighborhood is exactly one block between adjacent streets and avenues. For instance, one neighborhood might lie between $47$th and $48$th Street and $67$th and $68$th Avenue.

Place the avenue boundaries so that as many ridings as possible contain at least one opposition-friendly neighborhood.

Input consists of multiple cases (at most $100$), each describing a city. The first line will give $0 \le N \le 99 \cdot 99$, the number of Conserval neighborhoods in the city; the following $N$ lines will contain the street and avenue number of the southwest corner of each neighborhood. The next line will contain $2 \le S \le 100$, the number of street boundaries, and the $S$ street numbers that they lie on (including the forced ones along the west and east borders), in increasing order. The final line will consist of $2 \le A \le 100$, the number of avenue boundaries you must place (including the forced ones along the south and norther borders).

Input will be terminated by a line containing $-1$.

For each case, output a single line giving $A$ followed by $A$ distinct avenue numbers for the optimal redistriubution, in increasing order. If there are multiple such solutions, any one will do.

License: For educational use only