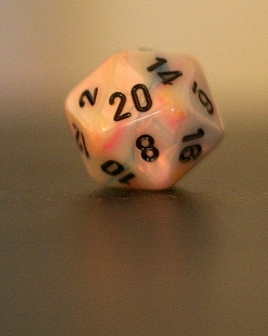 Bobby and Betty have a bet. Betty bets Bobby that he cannot roll an $S$-sided die (having values $1$ through $S$) and obtain a value $\ge R$ on at least $X$ out of $Y$ rolls. Betty has a variety of dice with different numbers of sides $S$, and all her dice are fair (for a given die, each side’s outcome is equally likely). In order to observe statistically rare events while still giving Bobby a reason to bet, Betty offers to pay Bobby $W$ times his bet on each encounter. For example, suppose Betty bets Bobby $1$ bitcoin that he can’t roll at least a $5$ on a $6$-sided die at least two out of three times; if Bobby does, she would give him $W=3$ times his initial bet (i.e. she would give him $3$ bitcoins). Should Bobby take the bet (is his expected return greater than his original bet)?