Implement the Perceptron Learning Algorithm (PLA) in to find a hypothesis in $d$ dimensions: 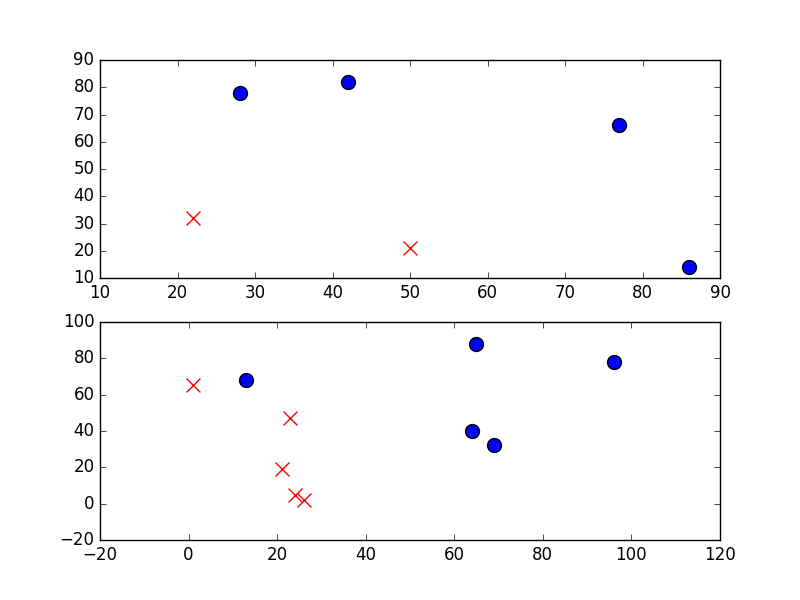 Input for your program is a training set of $n$ examples in $d$ dimensions.

Implement the Perceptron Learning Algorithm (or the Pocket algorithm) to create a perceptron model that fits the data as well as possible. Output $d+1$ real values corresponding to the coefficients $w_0$ to $w_ d$ in the definition of $h(x)$ above.

Note that the sample output shown is actually the test data on which a model would be evaluated (see below). It is in the same format as the input. A reasonable output for the given sample input might be:

which would give a score of $80.0$ on the test data, according to the metric below.

where $[\alpha ]$ is the indicator function (which is $1$ if the condition inside is true and $0$ otherwise).

The overall score for your submission is the average of the scores it receives for all hidden test cases. The sample data is excluded from this average.