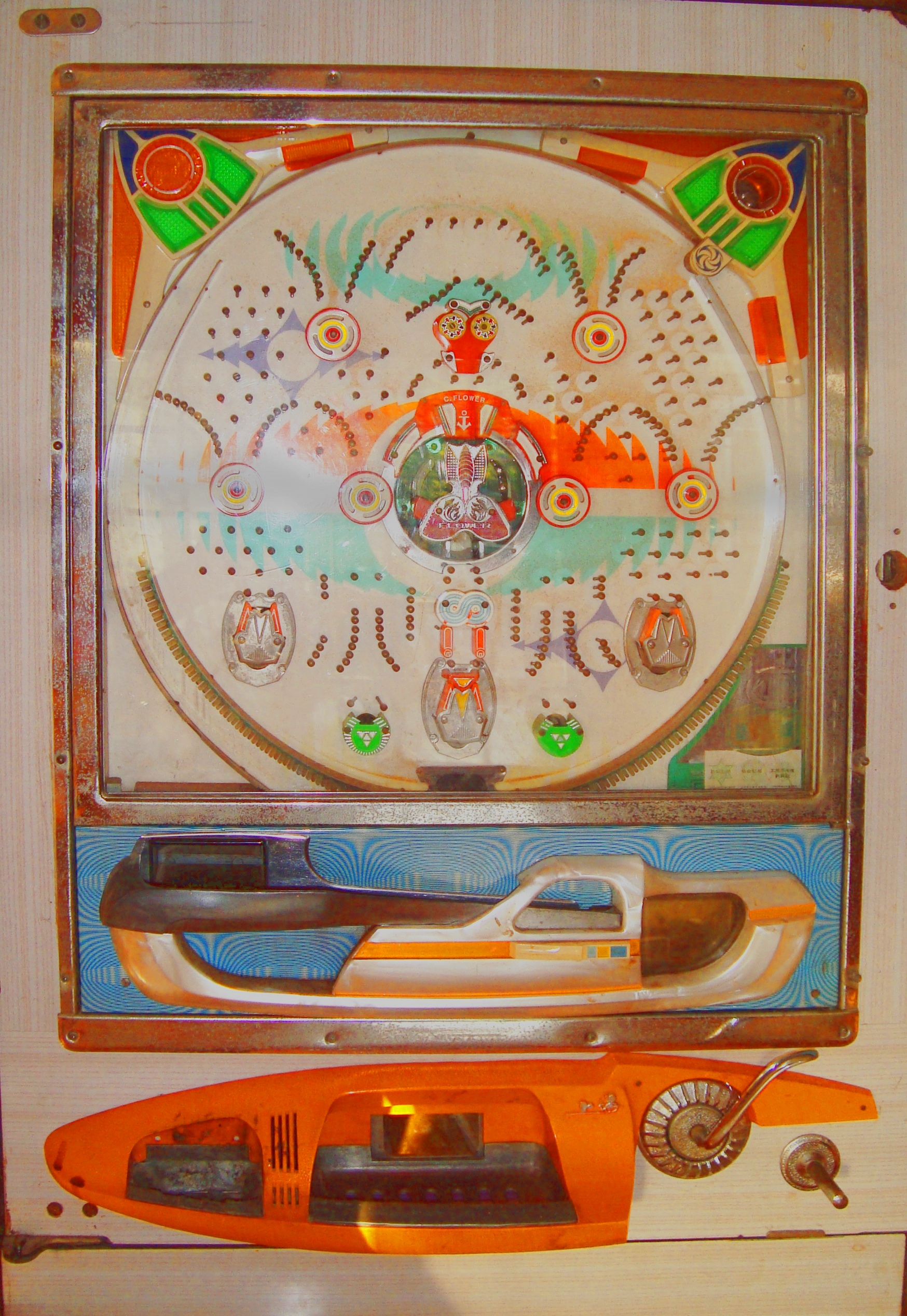 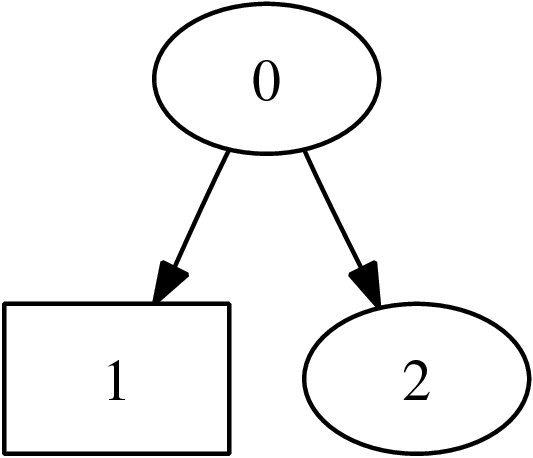 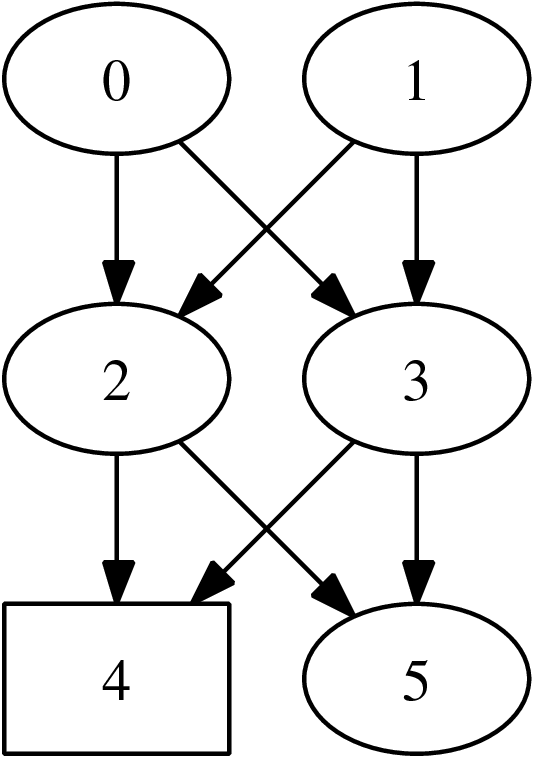 Input contains a description of a single machine, which is given as a directed acyclic graph indicating the places a marble can travel as it proceeds from the top to the bottom. A marble may start at any graph node that has no incoming edges, and always ends at a node having no outgoing edges. Each machine starts with a line containing an integer $1 \leq n \leq 1\, 000$, indicating the number of nodes in the graph (nodes are numbered $0$ to $n-1$). The next line contains an integer $0 \leq m \leq \min (n(n-1)/2,10\, 000)$ indicating the number of edges in the graph. The following $m$ lines each contain two integers $x$ and $y$ (both in the range $[0,n-1]$), indicating that node $x$ leads to node $y$. Finally, the last line of a machine’s description has an integer $0 \leq k \leq n$ indicating how many gates there are. This is followed by $k$ numbers in the range $[0,n-1]$ indicating the gates, one per line. Every gate is a node with no outgoing edges.